This is totally Minecraft...in VR.

Just go get the mod instead, and add shaders

Yoooo. I remember playing this back in middleschool, and now it has vr? Radical!

How long till we can do multiplayer

sry only on Oculus App Lab

Reply
Victoria and Nike1 year ago

how do i install on quest

Beast game i ever sideloaded

Grew up with this game man, always loved the atmosphere. It's perfect man, always reminded me of like old atmospheric playstation 1 games for some reason. Wish it would get an update for IOS so I could still play it on mobile.

Why all the hate? This is a decent game that shows a lot of promise. I'm so happy noowanda is working on this for the Quest as there is currently no official Minecraft release and this scratches that itch.

Graphics are really decent considering the platform, and the rendering is prettier than vanilla MC. I had quite a bit of fun with it on PSVR. Although, one thing I hope we get in upcoming releases is cave generation.

Keep up the good work. Looking forward to the full release!

people got given a quest on Christmas or their birthday

and there is no official minecraft for quest

Why do people even leave shit comments like this *rolls eyes*

if you want pretty just go to art station bro

Because not everybody can:

A. Afford a high-tier PC capable of running Virtual Reality AND Java Minecraft; Most VR Rigs cost almost $500 without the added computer, which can easily run up to $1000 with just the minimum VR specs;

B. Not a lot of people want to do the overly-complex task of modding an Oculus Quest to run the SamsungVR version of Minecraft, just to keep needing a Xbox controller(or other bluetooth input).

And the game does not look awful, at all. That character model, absolutely doesn't look nice, but the average appearance of the game is better than most of the same genre(of minecraft clones; take Voxel Works Quest, for example).

You are blatantly disregarding the facts I have laid before you, as far as points A & B are concerned. You can still hold you unusual grudge towards the art style, but that's just what it is; art. And guess what? Art won't always blow your mind; sometimes, art just gets a reaction, and apparently, it gets such a strong reaction out of you; you decided to go so far out of your way to lambast a FREE game, whereas you can easily see the opinions are overwhelmingly positive. Just because you don't like it, for personal opinionated reasons, doesn't mean you have to attack those that like it, or even want to give it a shot.

bro chill not everyone has minecraft besides its kinda hard to set up, and this is just a simple two clicks to play, besides people have played this game before minecraft

he’s not five he’s probably older than you

because your fucking retarded lmfaooo

anyone know which file click to play this game?

can I play this without VR?

This is the Oculus Quest version, so it's VR-only. The Steam version (see above) will support VR and non-VR.

Thanks! also idk if its free on steam, but thank you for the info!

i'm actually sorry about me calling this a minecraft ripoff. (i mean it looks alot like minecraft tho tbh)

so a minecraft rip off?

its more original than any game you will make

It's actually an infiniminer clone :P 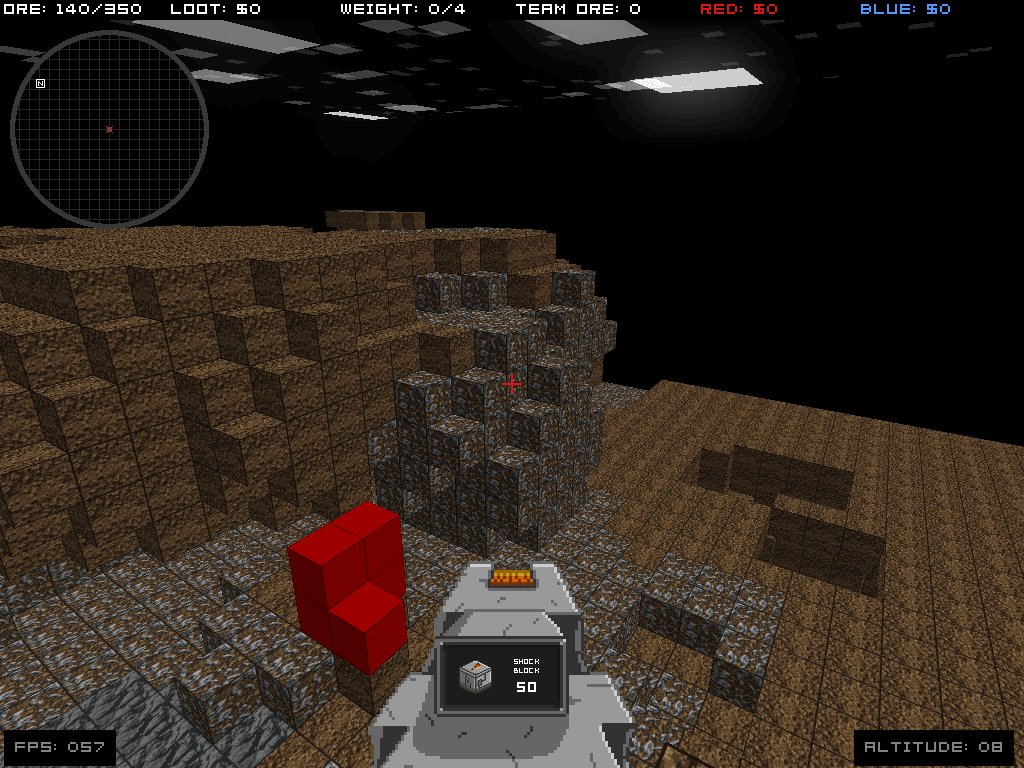